Playing On the Corner

His name is Jim.

There isn't anything unordinary about Jim except maybe his exceedingly long fingers and infectious smile. He looks like any other guy you'd find walking down Main Street or punching a card in the factory but, he's a Magic Kingdom treasure and one day, his name will surely be among those etched in the windows above Main Street.

What sets Jim apart from others is his ability to draw and keep a crowd. From the time he walks through the door in his red and white saloon proprietor costume to the time he leaves, Jim is surrounded by his youngest fans and the look of appreciation can be seen on his face by his huge teethy smile. He is, the Pied Piper, of the Magic Kingdom.

Part of the magic Jim brings to his shows is his involvement of his littlest fans. Every few minutes, he chooses a different child to participate by playing along. He shows them what key to push and then, as he plays, he pauses to wait for them to play their part because as they do, their faces light up. In turn, his does too. 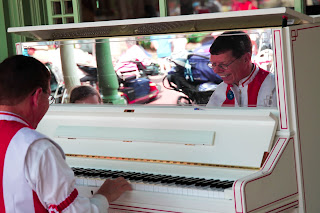 For thirty-four years now, Jim has been found tickling the ivory at Casey's Corner. Playing tunes from the turn of the twentieth century, generations of patrons can be found daily enjoying corn dog nuggets and cheese fries while listening to his tunes. His music is welcomed entertainment to all.

Jim's twenty minute shows have inspired tens of thousands to learn or improve their key banging skills. When I see the ease at which he plays, I too want to improve my piano skills for it is his job that I would love to have at the Magic Kingdom.

It would be such an honor to walk in his footsteps and bring such joy and amazement to so many.

If you ever get the chance, stop by Casey's Corner and spend twenty minutes listening to Jim. You won't regret it. Until you get the chance, here's a little video celebrating his thirty plus years playing, on the corner.

Thanks for reading, and enjoy!

Posted by @mrtimmccormack at 6:59 PM 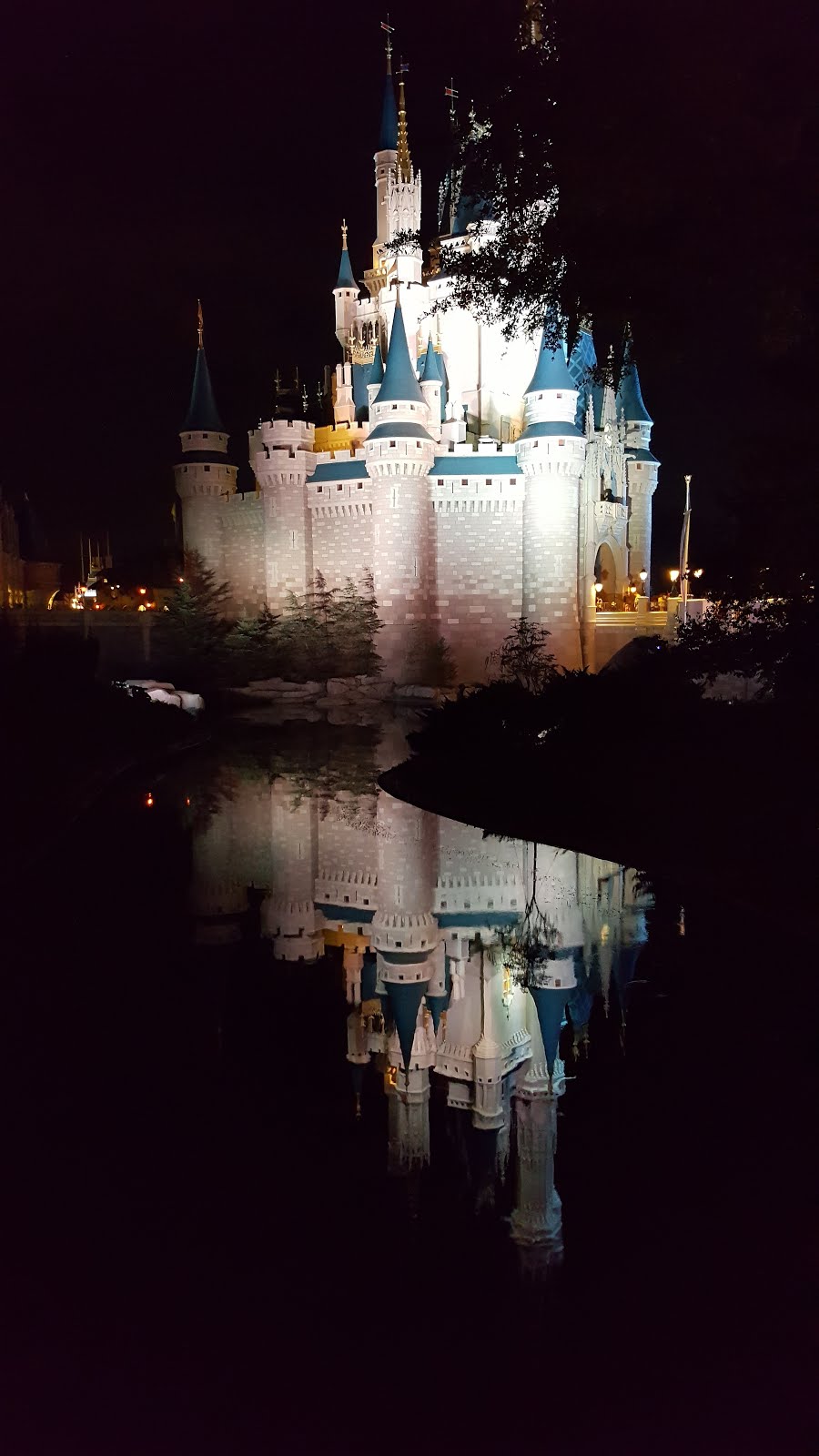